Available here and here. All items are official, limited and exclusive.

Equimanthorn - Entrance to the Ancient Flame 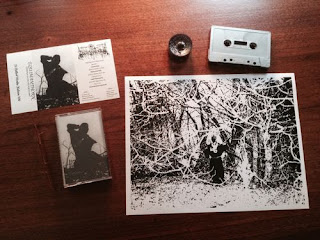 All copies include a Silver Cassette, New artwork layout by Canrith Knox, Poster with never before seen photography by Equitant of Proscriptor, and wild harvested thorns. The first 12 copies will also come with a wood musk black candle for your journey. 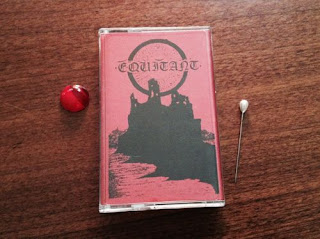 Recorded on the night of August 13th, 1994 at Thy Moon Eternal Studios. Produced by Equitant and Black Mass Prayer.

Made from the original master tape. Includes Poster and Insert with the tale of Agurak. The first 16 copies will come with an antique opalescent teardrop stickpin. The first 9 copies will also come with a red Ulbrik Mandrak Star stone. 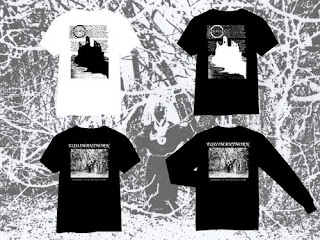 Look to The Black Mountain of the North. From the shadows of our first cassette release of Equitant - The Great Lands of Minas Ithil and in the dark light of the coming Equimanthorn - Entrance to the Ancient Flame very special cassette release, we make an offering for the first time...The limited and official Equitant & Equimanthorn shirts and long sleeves exclusively from Hollow Myths! Featuring the original artwork from '94, never before seen photography from '93 and logo drawing by Equitant.