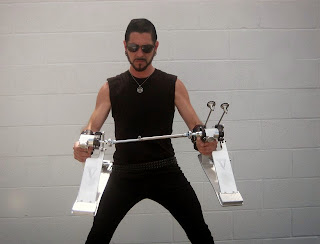 There is plenty of newer merchandise available in The Vault including several LPs now for sale direct from Tarot Productions! The option to trade is also available! Go here for details. Also, an announcement relating to the website is forthcoming. Stay tuned for details.
Posted by Pete at 11:39 AM