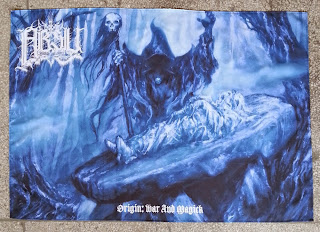 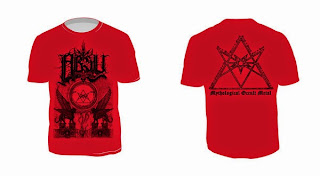 Artwork for "Telepaths Within Nin-Edin" 7" Released 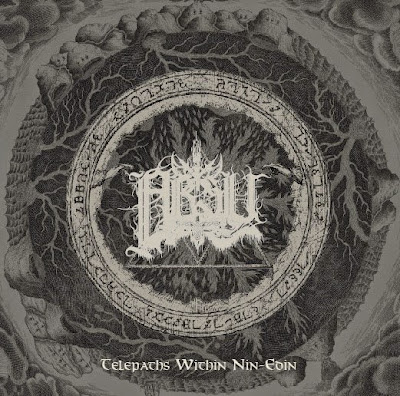 ABSU will perform at the Black Flames of Blasphemy Festival on Saturday, November 15th, 2014 @ Nosturi in Helsinki, Finland.

The Crypt/Dark Symphonies have announced they will reissue all ABSU's back catalouge up to 2001's Tara in the future:

In the Eyes of Ioldánach - Official Reissue LP

These will be substantially cheaper than the Box Sets that were issued earlier but still retain the same high quality you come to expect from The Crypt/Dark Symphonies.

In addition, Dark Descent Records plans to release a CD version of ABSU's demos, "The Temples of Offal" and "Return of the Ancients" in 2015. The Crypt/Dark Symphonies already plans to release the LP version of this also in 2015 as previously announced. Tracks from the demos/promos of "Immortal Sorcery", "Infinite And Profane Thrones" and "Promo 1993" will not be included as they are no longer available. 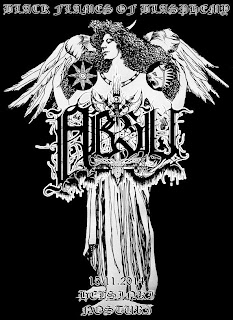