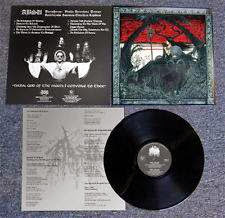 Available in Black, Clear and White.

Following the tradition of our new upcoming Standard edition LPs being presented in a in a straightforward, affordable format., the Crypt is honored to reissue ABSU's 1992 masterpiece "The Temples of Offal" plus the cult "Return of the Ancients" demo on 12" vinyl!

The LP comes housed in a 350 gram, semi-gloss jacket featuring the original illustration by Equitant. To retain the classic feel of the original 1992 release, the LP jacket is designed in the spirit of the original EP layout with attention to detail - even down to the original typeface!

We are presenting two jacket options for collectors. One, the original positive image the way Equitant originally illustrated the cover, and two, the negative, reverse image of that as was used on the original EP.

Expect the same level of quality we have always presented: this time substantially less expensive and without all the bells and whistles!

ALL previous box set releases are now officially sold out! 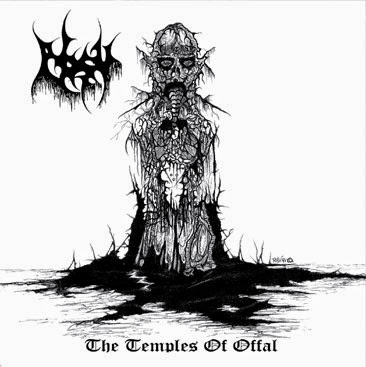